Trigger waves in cell signaling
Untethered cytosolic proteins can move 10 µm or so in a few seconds by simple random walk diffusion. In a typical eukaryotic cell (with a radius of ~10 µm), this is fast enough to allow a cell to respond in a spatially coordinated fashion to many stimuli. Over larger distance scales, regulators are often spread via flow. For example, hormones like insulin and epinephrine make their way around the body via the circulatory system on a time scale of a minute or so, whereas random walk diffusion would take about 500 years. An alternative to flow for long-range biological communication is the trigger wave. Action potentials are trigger waves; so are calcium waves in neurons and fertilized eggs; and so are cAMP waves in aggregating slime molds. 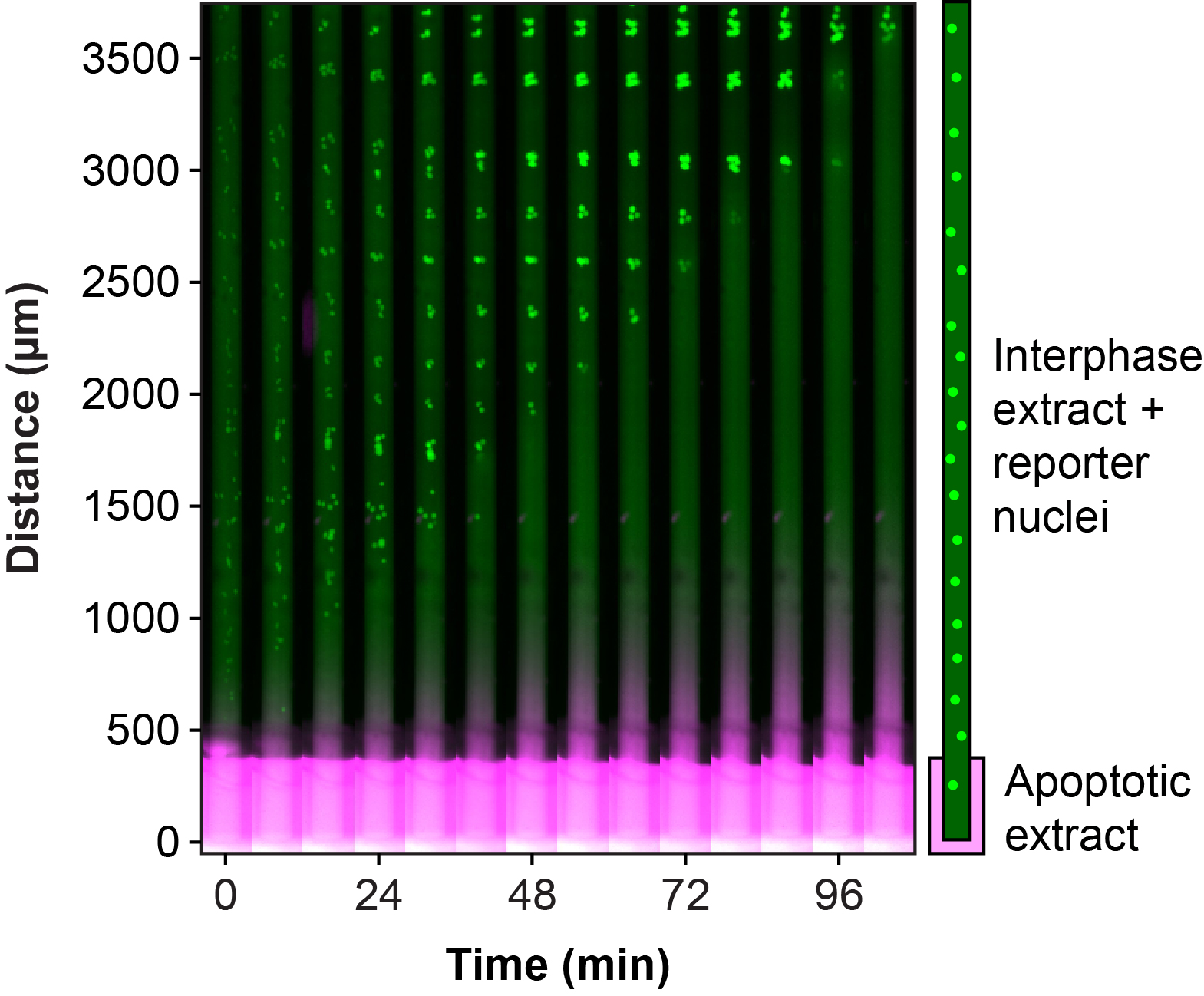